The Beyond Expeditions are a series of 5 expedition that Peter Van Kets and Jacques Marais will embark on for Charity. More information on the remaining 3 expeditions will be announced closer to each expedition.

‘Peter is a professional extreme adventurer, highly sought after international business inspirational keynote speaker, bestselling author and father. He has become globally known as a specialist around business͛ ability to persevere in a dynamic and turbulent economy.

Peter has worked with major corporations across Africa, Europe, the Middle East and the USA. He takes the lessons learned from his expeditions and relates them to the business environment. His expedition stories are of survival, courage, perseverance, passion, loneliness, tenacity, amazing team work and the will to win.

Peters presentations take people on powerful life-altering journeys, changing the way they think about themselves and their businesses.

“Every venture you embark on, both in a professional and personal capacity, will demand clear vision, dynamic strategy, precise planning and preparation, absolute honesty, integrity and fearlessness, but above all it will demand GRIT, perseverance!! So if we put the right processes in place and we persevere we will absolutely be able to achieve those things we have considered ͚impossible͛ before.”

RESOLVE – Harnessing the passion for success

This is Peter Van Kets’ new inspirational talk launched in January 2018. The presentation, RESOLVE, takes a new look at how to foster passion, then harness that passion to create discipline and to construct a process, which will drive passion and discipline towards significant success.

This presentation is pure motivation and focuses on the 888km unsupported Scott-Amundsen Race to the South Pole with a few anecdotes from the rows across the Atlantic.

For more information, check out www.petervankets.co.za

The Guts: I am a professional photographer and author who regularly contributes to a wide selection of premium adventure-, travel- and outdoor magazines, both in South Africa and abroad. Leading titles include SA 4X4 Magazine, Acumen, Full Sus, Getaway, Mountain Bike Magazine, Ride, Runners World and Wild. As a regular columnist for the Media 24 national broadsheets, my photographs and articles are also regularly published in newspapers as well as on web sites around the world.

The Glory: I’ve shot and authored numerous outdoor titles for publishers around the world and am currently working on a new Outdoor Travel Guide to southern Africa. Other titles covered trail running, mountain biking, expedition racing and South African travel, while my short stories featured in an adventure anthology. I also shoot global extreme events and expeditions, covering disciplines as diverse as Trail Running, Adventure Racing, Mountain Biking, Rock Climbing and Wilderness Expeditions. During the acclaimed ILLUME Red Bull Sports Photography Awards, I was honoured as a global TOP 50 finalist from a field of well over 20,000 international shooters. More recent honours include both Gold and Silver Awards in the respected SONY Profoto Awards.

The Grit: As an elected PENTAX  Ambassador in South Africa, I shoot on a state-of-the-art, full-frame #K1 SLR-system, and have built up an extensive library of imagery which I supply to advertising agencies, stock libraries (I am an accredited GETTY photographer) and production houses around the globe. Under the auspices of my company, Jacques Marais Media, I also coordinate media- & marketing projects for premium adventure sport companies and their related global brands, with a current client list which covers ClikElite, Giant Bicycles, Isuzu, Chevrolet, Open Africa, TomTom and World Panel, to name but a few. In addition, I regularly cover prestige sporting events such as the Otter African Trail Run, Desert Knights MTB Tour, Nedbank Tour de Tuli, TransCape Multi-stage MTB Race, TransBaviaans MTB Challenge, the Raid International Gaspesie and other iconic global adventures.

In addition, I am the owner of  the www.mtbroutes.co.za, SA’s leading MTB Trails site.

For more information, check out www.jacquesmarais.co.za

A Series of 5 Expeditions

Peter Van Kets and Jacques Marais take on 5 extraordinary expeditions in the most amazing destination on the planet. 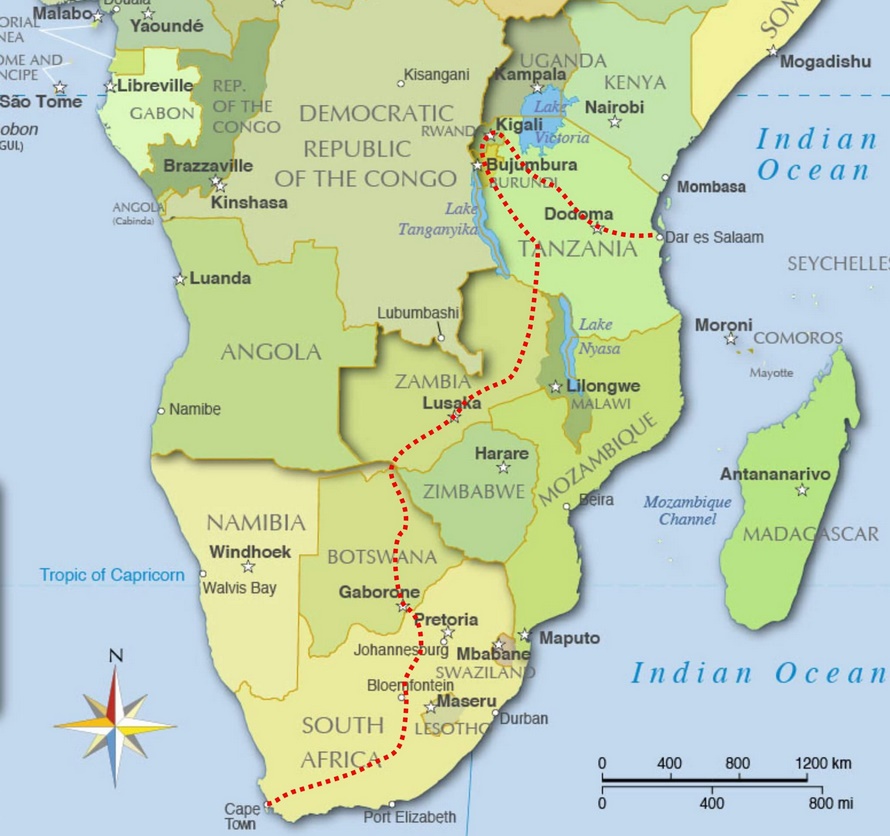 BEYOND THE DESERT EDGE

On Monday September 4th this year, Peter van Kets set off from Serra Cafema – right up against the southern Angolan border – on a world-first mountain bike ride through the Namib Desert. This is the story of his 1200km crank across what rates as one of the most inhospitable deserts on Planet Earth.

There’s no easy way to escape the Cunene River valley from Serra Cafema. Behind you, the in-your-face and belligerent landscape shaping the Zebra Mountain ranges of Angola bristles with intent, while ahead of you, a massive mother of a climb lurks along a winding sand trap of a track.

It’s a kak-off war of attrition, even on our mega dikwiel fat-bikes, as we duel head to head with sand dunes and the infamous Rocky Pass. Cranking. Pushing. Portaging. Dropping the wheel pressure. Swearing, every now and then. Thinking, “My god, if the whole ride is like this, we’re going to die in this desert”. Maybe not quite, but you know what I mean.

BEYOND THE RIFT VALLEY

On 23 September, South African adventurer Peter van Kets and photojournalist Jacques Marais will embark on an ambitious exploration of the African Rift Valley to complete the first recorded human-powered navigation of the Nile-Congo Divide.  Their Dunlop Beyond the Rift Valleyexpedition, driven by Dunlop and supported by Isuzu, will cover over 13 000km of wildest Africa – by vehicle, bike, boat and foot.

This is their second expedition in a five part series to highlight remote African regions under environmental threat. The first, Beyond the Desert Edge in 2017, took the adventure duo 970km on fat-bikes and mountain bikes through the inhospitable Skeleton Coast, Kaokoland, Damaraland and Dorob National Park regions, pedalling from the Cunene River in Angola to the Namibian coast.

The first stage of Dunlop Beyond the Rift Valley has the support team, led by Derek Devine, driving 5400 km from Cape Town to Kigali in their trusted Isuzu off-road vehicles. From there, the real adventure begins, as the expedition attempts a world-first human-powered navigation along the Rwandan section of the Nile-Congo Divide.

Our Primary Sponsor is Children of the Wilderness

Both Peter van Kets and Jacques Marais are #ChildrenintheWildernessambassadors, and their aim would be to raise maximum awareness and funds for a charity fully focussed on sustainable solutions for conservation of wilderness areas.

We will in due course explain in more detail how the general public can assist and contribute to their cause, but for more information you can check out www.childreninthewilderness.com, or follow the

Our Super Cool Sponsors for the Beyond Expeditions